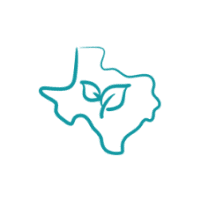 Nearly every parent has seen their child throw a temper tantrum or three, but severe and frequent outbursts that interfere with daily life may be a sign of disruptive mood dysregulation disorder (DMDD). Clinical psychologists diagnose and treat children and adolescents with DMDD at Dr. Messina & Associates in Southlake, Texas, and Flower Mound, Texas. If you think your child has DMDD, call the office or request an appointment online today.

What is disruptive mood dysregulation disorder?

Disruptive mood dysregulation disorder (DMDD) is a childhood psychiatric condition that involves excessive temper outbursts. More than just your average temper tantrum, DMDD involves disruptive episodes of anger and irritability that are out of proportion and/or difficult to control.

Recognized as a disorder only in the past decade, DMDD provides a more accurate diagnosis for children who were previously misdiagnosed with pediatric bipolar disorder despite the absence of key symptoms, including manic or hypomanic episodes.

Research shows that children with DMDD usually don’t have bipolar disorder as adults, but they’re more likely to experience depression or anxiety.

What are the symptoms of disruptive mood dysregulation disorder?

To be diagnosed with DMDD, children must be between ages 6-18. Signs and symptoms usually begin before age 10 and often include:

These symptoms must be present for at least a year to meet the criteria for a DMDD diagnosis.

Some of these symptoms are also associated with other psychiatric conditions that affect children, including depression, bipolar disorder, and oppositional defiant disorder (ODD). If you’re concerned about your child’s mood, it’s important to see the providers at Dr. Messina & Associates for an accurate diagnosis.

How is disruptive mood dysregulation disorder diagnosed and treated?

First, the providers asks you to describe your child’s mood and symptoms. They perform a comprehensive psychological evaluation and recommend the best course of treatment for your child’s specific needs.

Therapy is usually the first line of treatment for DMDD. The providers specialize in cognitive-behavioral therapy (CBT). This approach helps your child or teen learn how to regulate anger and increase their tolerance for frustration. If therapy on its own isn’t effective, they may combine it with medication. Dr. Kahlon a licensed psychiatrist, can safely prescribe and monitor the impact of medication through medication management.

Offering exceptional care for anxiety and depression.
Call us to book your appointment today.
What we offer